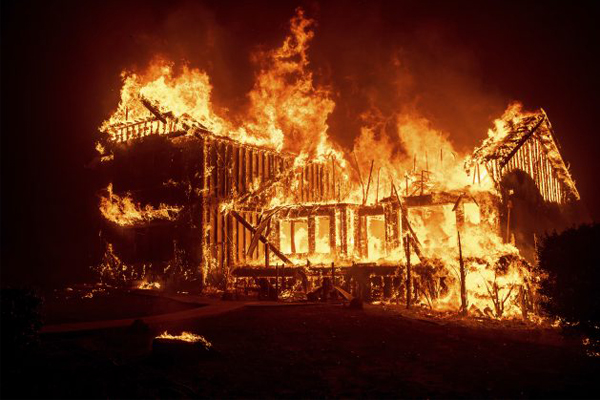 Here’s an eye opening article about the “Camp Fire” in Northern California. These facts are startling and we as a community should do anything possible to prevent this from happening in our county.

The fire has killed more people than the previously three worst wildfires combined.

In just two weeks, the Camp Fire in Northern California has destroyed more structures than the state’s other seven worst wildfires combined.

The fire has also killed nearly three times as many people as the Griffith Park Fire – a record that stood for 85 years. And with 870 residents of Paradise and the surrounding area still missing, that total will likely rise.

Also stunning was the fire’s ferocious pace, when it consumed the town of Paradise. In those first 14 hours, the Camp Fire destroyed 20,000 acres, growing to more than 100,000 acres two days later.

The fire has destroyed more structures than the next seven worst fires combined.

CalFire reported 13,503 residences, 514 businesses and 4,404 barns, sheds and other buildings have burned in the blaze. The total of 18,421 structures is more than three times the toll from last fall’s Tubbs Fire in Napa and Sonoma.

The Camp Fire grew rapidly near midday Nov. 8, consuming 10,000 acres in about 90 minutes – burning the equivalent of more than one football field every second during that time. It charred more than 70,000 acres in a day’s time.

The number of acres grew 350% during the second day.